Credentials: Member of ACS Bridge to the Doctorate External Advisory Board 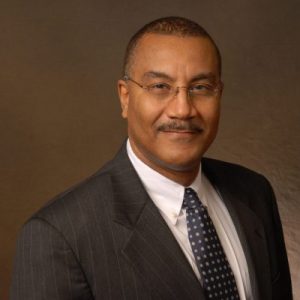 Joseph S. Francisco is the President’s Distinguished Professor of Earth and Environmental Science and Professor of Chemistry at the University of Pennsylvania. He received his B.S. at the University of Texas, Austin, and he received his Ph.D. from Massachusetts Institute of Technology. Francisco was a Research Fellow at Cambridge University in England, and a Visiting Associate in Planetary Science at California Institute of Technology. He is also the William E. Moore Distinguished Professor Emeritus of Earth and Atmospheric Sciences and Chemistry at Purdue University. His research has focused on bringing new tools from experimental physical and theoretical chemistry to atmospheric chemical problems to enhance our understanding of chemistry in the atmosphere at the molecular level. This work has led to important discoveries of new chemistries occurring on the interfaces of cloud surfaces as well as fundamental new chemical bonding controlling these processes. He is a recipient of an Alfred P. Sloan Fellowship, and a Camille and Henry Dreyfus Foundation Teacher-Scholar Award, as well as a John Simon Guggenheim Fellowship, which he spent at the Jet Propulsion Laboratory at the California Institute of Technology. He is a Fellow of the American Chemical Society, American Physical Society and the American Association for the Advancement of Science. He has been awarded an Alexander von Humboldt U.S. Senior Scientist Award, and appointed a Senior Visiting Fellow at the Institute of Advanced Studies at the University of Bologna, Italy; Professeur Invité at the Université de Paris-Est, France; a Visiting Professor at Uppsala Universitet, Sweden; an Honorary International Chair Professor at National Taipei University, Taiwan; and an Honorary Professor, Beijing University of Chemical Technology, China. He has served as a member of the Editorial Advisory Boards of the Journal of the American Chemical Society, Journal of Physical Chemistry, Spectrochimica Acta Part A, Journal of Molecular Structure Theochem, and Theoretical Chemistry Accounts. He has been the Atmospheric and Ocean Science Editor for Pure and Applied Geophysics and is currently an Associate Editor of the Journal of the American Chemical Society. He served as President of the American Chemical Society in 2010. He is a Fellow of the American Academy of Arts and Sciences and a member of the National Academy of Sciences.