Position title: Professor of Chemical and Biological Engineering and Chemistry 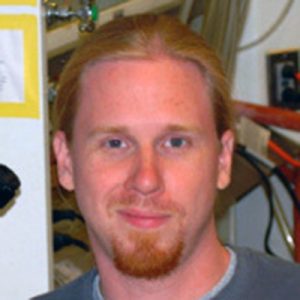 Research in my laboratory has focused broadly on (i) the design and synthesis of functional organic materials and (ii) the fabrication and physical characterization of macromolecular assemblies, nanoscale materials, and interfaces, with particular interests in the design of functional polyelectrolytes, reactive polymers, and developing solutions to problems of biomedical and biotechnological importance. Our research is conducted in a highly interdisciplinary and collaborative training environment that provides opportunities for students with backgrounds and interests in chemistry, engineering, biology, materials science, medicine, and the pharmaceutical sciences. Brief summaries of ongoing research efforts are described in the sections below; additional details and context are provided in extended vignettes. Our current research is focused in five interrelated areas:

Layer-by-Layer Assembly of Thin Films and Coatings: Drug Delivery and Other Applications
We have developed ‘layer-by-layer’ approaches to the fabrication of thin multilayered polymer films (or ‘polyelectrolyte multilayers’, PEMs) that provide control over the release of DNA and other agents (including siRNA, proteins, peptides, and small-molecule drugs) from surfaces. These efforts are made possible, in part, by the design and synthesis of new cationic polymers that can be used to promote the controlled disruption of these ionically-crosslinked assemblies in aqueous environments. These materials provide a unique ‘multilayered’ approach to the localized and surface-mediated picture1 delivery of agents from the surfaces of film-coated objects

both in vitro (e.g., in cell culture environments) and in vivo (e.g., from the surfaces of implantable objects). Methods for layer-by-layer (LbL) assembly play important roles in many other fundamental and applied aspects of our research.

Azlactone-Functionalized Polymers: Reactive Platforms for the Design of Advanced Materials We have exploited the reactivity of azlactone-functionalized polymers to develop new approaches to (i)

the rapid/modular synthesis of side-chain functionalized polymers, and (ii) the fabrication of reactive surfaces and interfaces. An important outcome of these efforts has been the elaboration picture2 of methods for the ‘reactive’ layer-by-layer assembly of crosslinked polymer multilayers in organic solvents. This ‘reactive’ approach to assembly provides an alternative to conventional methods, as well as a general platform for the post-fabrication introduction of chemical and biological functionality to film-coated surfaces (e.g., by the treatment of azlactone-containing films with a range of functional nucleophiles). We are developing approaches to active control over the structures and functional properties of lipid/DNA aggregates (‘lipoplexes’) by using ferrocene-containing cationic lipids with redox states that can be addressed chemically or electrochemically. We have used this approach to develop methods for redox-based control over the internalization and processing of DNA by cells (for example to ‘activate’ otherwise inactive lipoplexes toward transfection by the controlled addition of reducing agents, etc.). This approach to control of cell transfection is without precedent and has the potential to provide new levels of spatio-temporal control over the delivery of DNA to cells in vitro and in vivo.

Surfaces that Prevent Bacterial Communication and Biofilm Growth
We are developing materials-based approaches to the control of bacterial behavior that differ fundamentally from conventional approaches based on the use bactericidal agents. These approaches are based on the fabrication of surfaces that promote the release of small-molecule inhibitors of bacterial ‘quorum sensing’ (or the means by which some bacteria communicate and organize into ‘biofilms’ or picture4 activate virulence pathways). Inhibition of quorum sensing as a means of modulating virulence presents a new paradigm for the treatment or prevention of infection. Materials that inhibit quorum sensing at or near the surfaces of objects have the potential to reduce fouling and/or prevent infection in numerous biomedical, commercial, and industrial contexts.

‘Charge-Shifting’ Polymers: Control of Ionic Interactions in Polyelectrolyte Assemblies
We have developed new classes of ‘charge-shifting’ polymers that provide tunable control over ionic interactions between oppositely charged polymers in solution and at surfaces/interfaces. This work based on the design of polyelectrolytes with hydrolyzable side chains that promote dynamic changes in polymer charge densities upon side chain cleavage. These materials represent a departure from the design of conventional cationic and anionic polymers (for which changes in charge density generally occur upon changes in pH, etc.). We are applying these new materials in two arenas: (i) to control the assembly and disassembly of nanoscale DNA ‘polyplexes’ in solution (to promote more efficient cell transfection), and (ii) to promote the release of DNA and other agents from surfaces coated with multilayered polyelectrolyte films (PEMs).