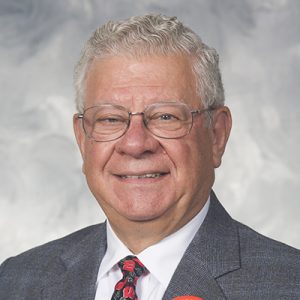 Professor Shakhashiri is a noted chemistry and science educator. He is probably best known for his leadership in national science policy, promoting excellence in science education at all levels, and for his development and use of demonstrations in the teaching of chemistry. His scholarly publications, including the multi-volume series, Chemical Demonstrations: A Handbook for Teachers of Chemistry, are models of learning and instruction. He is an advocate for policies to advance knowledge and to use science and technology to serve society. He promotes the exploration and establishment of links between science, the arts and the humanities, and the elevation of discourse on significant societal issues related to science, religion, politics, the economy, and ethics.

After a year of postdoctoral research and two years as a junior member of the chemistry faculty at the University of Illinois Urbana-Champaign, Professor Shakhashiri joined the faculty of the UW-Madison in 1970. In 1977 he became the founding chair of the UW System Undergraduate Teaching Improvement Council, now called the Office of Professional and Instructional Development. In 1983 he founded the Institute for Chemical Education (ICE) and served as its first director. His work with ICE inspired the establishment of the Center for Biology Education, the Merck Institute for Science Education, the Miami University (of Ohio) Center for Chemical Education, the Sacred Heart University SMART Center, and others. In 2002 he founded the Wisconsin Initiative for Science Literacy (WISL); he serves as its director. From 1984 to 1990 Professor Shakhashiri served as assistant director of the National Science Foundation (NSF) for Science and Engineering Education. In 2012 he was president of the American Chemical Society, the largest scientific society in the world with more than 164,000 members. His major presidential initiatives included the advancement of graduate education in the chemical sciences (which he also presented to PCAST), helping educate the public about the science of climate change, and celebrating the sesquicentennial of the Morrill Land Grant Act. He also serves on the Technical Advisory Committee to the Association of American Universities Undergraduate STEM Education Initiative.

Professor Shakhashiri has given more than 1,400 invited lectures and presentations in North America, Europe, Asia, Australia, the Middle East and South America. He has been featured in newspapers, magazines, national and local radio and television.