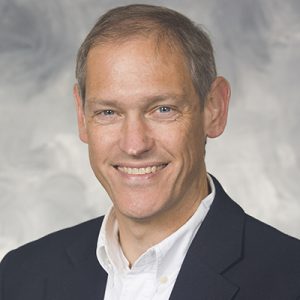 Our research focuses on the field of catalysis, and our work draws upon and impacts a number of areas of chemistry, including synthetic and mechanistic aspects of:

Many of the exciting new methods in organic synthesis consist of catalytic reactions. Furthermore, advances in catalysis research are critical to address many of the major challenges facing our nation and world, including (i) reducing the contribution of human activities to global warming, (ii) identifying sustainable energy sources and (iii) minimizing the environmental impact of chemical synthesis (i.e., green chemistry). Our interests in the field of catalysis encompass many of these topics, and projects in the lab range from the development of useful synthetic methods for organic chemistry (synthetic organic chemistry) to the elucidation of mechanistic principles that underlie various catalytic transformations (physical organic, inorganic and organometallic chemistry). Mechanistic studies often include the preparation of key catalytic intermediates (synthetic inorganic and organometallic chemistry) and investigation of their fundamental reactivity through the use of kinetic studies, isotope effects, spectroscopic methods, high-level DFT computations and other mechanistic tools. Electrochemical methods are commonly employed in the study of catalysts and metal complexes relevant to the development of new energy-conversion technologies. Two prominent areas of research in our lab are surveyed below.

Aerobic Oxidation Catalysis
There is a dramatic need for environmentally benign oxidation chemistry in the pharmaceutical and chemical industries. Molecular oxygen represents an ideal alternative to commonly used stoichiometric oxidants such as CrO42- and MnO4–; however, the scope of dioxygen-coupled oxidation reactions is presently quite limited. Our research has been focused on the development and mechanistic characterization of “organometallic oxidase” reactions. Over the past ten years, this class of oxidation reactions has become the most versatile approach for selective aerobic oxidation of organic molecules. Reactions of this type enable selective dehydrogenation (e.g., alcohol oxidation), oxidative carbonylation, and C-H functionalization, including C-C, C-O and C-N bond-forming reactions. The “oxidase” term reflects the fact that these reactions proceed by a two-stage catalytic cycle that resembles the mechanism of biological oxidases (see graphic). The two stages of the catalytic mechanism feature (1) oxidation of an organic molecule by a transition-metal center, such as PdII or CuII, via an organometallic pathway (Stage I) and (2) oxidation of the reduced catalyst by molecular oxygen (Stage II). The mechanistic versatility of organometallic chemistry enables a broad range of oxidative transformations to be achieved with molecular oxygen as the stoichiometric oxidant.

Organometallic oxidase reactions represent the consummate “playground” for chemists with an interest in synthetic and/or mechanistic organometallic, organic and inorganic chemistry, and for those who seek to have an impact on environmentally responsible chemical synthesis. Advances in the synthetic applications of these reactions are closely linked to the elucidation of new fundamental principles of chemical reactivity, for example, new organometallic transformations and reactions of molecular oxygen with transition metal centers. Our group has several active projects in this area:

Catalysis for Solar Energy Conversion
The Stahl group is an active participant in the “Powering the Planet” NSF Center for Chemical Innovation (CCI Solar: http://www.ccisolar.caltech.edu). This collaborative team is exploring the fundamental chemistry that underlies one of the most profound challenges of the 21st century: the efficient conversion of solar energy into chemical fuels, such as H2 or CH3OH. The CCI investigators ultimately envision a solar water splitting system that features three components: (i) a membrane-supported assembly that captures sunlight and efficiently separates electrons and holes with sufficient chemical potential to drive the water-splitting reactions; (ii) a two-electron catalyst to facilitate reduction of water to H2 at the cathode; and (iii) a four-electron catalyst for water oxidation to O2 at the anode (see graphic).

Our group is investigating metal-based catalysts and fundamental mechanisms involved in the anodic oxidation of water to O2. This chemical transformation is formally the microscopic reverse of O2 reduction reactions involved in the organometallic oxidase reactions described above.