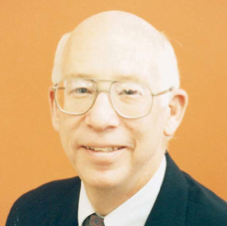 Dr. Robert Bergman is the Gerald E.K. Branch Distinguished Professor, Emeritus at the University of California, Berkeley, where he has been a professor since 1978. He is also an Emeritus member of the scientific staff of the Lawrence Berkeley National Laboratory. Prior to his time at U.C. Berkeley, Dr. Bergman was Professor of Chemistry at the California Institute of Technology.

Dr. Bergman received his Ph.D. at the University of Wisconsin Madison in 1966 and was a postdoctoral fellow at Columbia University. He has received several major awards during his academic career, including a Sloan Fellowship, Dreyfus Teacher-Scholar Award, American Chemical Society Award in Organometallic Chemistry, election to National Academy of Sciences and American Academy of Arts and Sciences, DOE E.O. Lawrence Award in Chemistry, ACS Arthur C. Cope Award, and the Royal Society of Chemistry Sir Edward Frankland Prize Lectureship. He received the Robert A. Welch Award in Chemistry in 2014 and Wolf Prize in Chemistry in 2017.

Dr. Bergman has long been interested in exploratory and mechanistic studies in organic and organotransition metal chemistry. He is best known for his discovery of thermal cyclization of cis-1,5-hexadiyne-3-enes to I,4-dehydrobenzene diradicals, later identified as a crucial DNA-cleaving reaction in several antibiotics; discovery of the first soluble organometallic complexes that undergo intermolecular insertion of transition metals into the carbon-hydrogen bonds of alkanes; and the synthesis and cycloaddition reactions of complexes with metal-heteroaton multiple bonds. Other recent interests include the application of C-H bond activation in synthetic organic chemistry; catalysis by supramolecular systems; and methods for the conversion of biomass to fuels and commodity chemicals.